So recently I had a lovely catch up with Miss 3’s Mothers Group (yes she had a birthday). It was a bit chaotic in my back yard with 6x 3 year olds, a 2x 1 year olds and 2 under 3 months. So after some cake, coffee, dip and carrots the conversation got onto the topic of fitness, Triathlon, tough mudder and running and some of the girls were asking how I did it, so I thought it appropriate to write this post I have been thinking about for a while.

Now I know there are many websites and blogs out there that have a training program for “Couch to 5k” and being fairly time poor and time limited (after Facebook and Pinterest) to troll the internet for a proper program (that you don’t have to pay for), I just had a crack at it myself.

I never thought I could actually do it.

So around January 2012 my trainer started me running during our weekly session completely out of the blue, as his main focus up until now was Indoor Rowing.

Initially I could not run a full lap around his block which was about 300m (I found out later), I could make about 200-250m non-stop. So over the course of the hour I was with him, I would do some rowing and then head out for a lap around the block and then repeat this 3 or 4 times. It is hard to remember the exact amount of time but it was probably about 2-3 weeks of doing this before I could complete a full lap around the block. I was also trying to do a bit of run/walking myself pushing Miss 3 in the jogger pram maybe 1 other time a week. 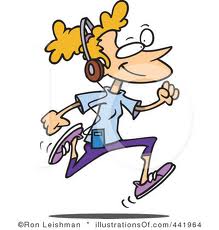 At the time of doing my laps I never knew how far it was, to me I guessed it was about 1k, when one day I calculated it to be approx. 400m (actually 300m) I was devastated, I thought I was going further. This was getting too hard.

Alas, I pressed on, we began to deviate from running the block and ventured to the local bike track. To get from my trainers house to the track was 700m, this at the time, felt like enough for me because I always kept thinking the further away I get the further I have to get back. Negativity was constantly creeping in.

Then we began using the run “to the” bike track as a warm up, have a stretch and a run along the path, so each week I would try to run further than the week before, 1st time clump of trees, next the bridge, next time 2 telegraph poles past the bridge and so on. I was also doing this other times myself without my trainer.

One thing I figured out early on was I had to WANT to be a runner and despite what people may say they probably want to as well. I used to say “oh I have no desire to run”, because it always seemed too unachievable. I had to keep getting out and testing my mind more than my body. Some days I felt better than others and some days my mind made me stop before my body wanted to.

So to give you an idea of timeframe I started running around late Jan 2012 and by beginning of March (about 6 weeks after I started) I was running 2k non-stop, then about 2 weeks later I was running over 3k non-stop, and by mid April I had cracked 4k. By the beginning of May I had cracked the elusive 5k and did it a second time a few days later to make sure it wasn’t a fluke. So basically those first 2k seemed to take forever but the progress after that I seemed to be able to go further distances a lot quicker, do don’t despair in those early days when you may feel that you are getting nowhere, just try to go a bit further than the last time and then keep up run walk and each time try to reduce the distance of the walk and increase the run intervals. So achieving MY first 5k took just over 3 months.

After successfully conquering the 5k a couple of times, I would go out wanting to do it again and not be able to, there were days when it just didn’t happen. I tried not to let it get me down and would just think “well I didn’t make 5k this time but hey I did 4k and look how far I have come”. Also a lot of my initial running was on really flat ground and when I added hills I would get disappointed with my distance.

Over these months something that I hadn’t felt before had clicked in my head and I had found some determination. I went on a few holidays: a week with the girls to Bali, booze, food, laughs, shopping and just a general good time, but I still managed to go out and run a couple of times; a scrapbooking weekend, where normally I would sit on my rear end for 2 nights and 2 days and only get up to eat and sleep, I managed to take an hour out of my day to go for a run; a family trip to Dubbo Zoo I got up before the crack of dawn and in the bitter cold and managed a 3k run (it was sooo hard to warm up, my body wouldn’t go any further). Now it seems first thing I pack is my runners.

I very rarely run with anyone else, I run with my music, I have a great playlist on my Ipod and Smartphone and certain songs really get me going, I think that I will share an entire post about my Workout Music soon. I also love Runkeeper app and website to keep track of distance, time and speed, although I don’t know if it is completely accurate it is a good guide.

Another thing I need to say is I am not fast at all, actually there was a time (in the early days) when an elderly lady power walking overtook me wearing sandles, plenty of people walking their dogs have overtaken me especially up hills, but I just keep LMFAO in my head 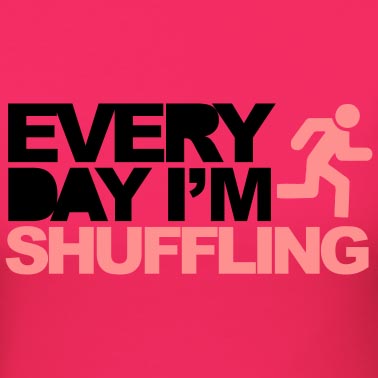