Monday – a public holiday here but I was supposed to attend my last week of Circus class, I really didn’t feel like it so I plonked on the lounge and didn’t go. I was disappointed with myself as I did enjoy the previous weeks.

Tuesday – after Miss 3’s swimming lesson, I headed off to my gym EnVie to do a cardio and/or weights session, when I got there it was packed because the mums and bubs outdoor class had been moved inside due to rain, I joined the group and the class was modified to a combine boxing and abs, due to odd numbers I had the blessing (or curse) of boxing with 1 of the owners Alex and where everyone else was getting a bit of a rest when they alternated between boxing and catching with the pads, I was getting a double dose of boxing. The 2nd part of the class was squat jumps on the Bosu ball, planking with a buddy whilst slapping opposite hands and then sit-ups whilst throwing a few punches. As the Class Trainer Alita wandered around whilst we were doing abs, she was poking around making sure each persons’ abs were doing their job. As she poked at mine and said “engage those abs” to which I replied “if they were any more engaged they would be married”.  Yes I made a funny. Everyone had a chuckle and it made it onto the EnVie Facebook Page.

Wed – Swimming was cancelled due to pollution in the harbour.

Thursday – I headed to EnVie to tackle 5k on the treadmill. I had never done more than 3k continuous running on any treadmill. My goal was to do it non-stop and in 40 mins. Well I managed a 40:36, not too shabby for a first attempt. I also did my good deed for the day. Whilst my darling Miss 3 was behaving herself in the unsupervised kids area, there was another little Miss 2 who was whinging non-stop, upon enquiring with her mother it was her first time, I said it should get better in 2-3 months and laughed. I hope for her sake that she settles in quicker. So after my run I went into the kids area to finish off with stretching and entertain the children so that the other mother could finish her workout in a tiny bit of peace. It was very cute as the 2 girls watched me and tried to copy my stretching moves.

Friday – was my 8 week review at EnVie, I was given a kick-ass and (a little bit confusing for my simple brain) weights program and some new cardio progams to tackle. Jem (trainer setting my program) asked if I knew the benefits of doing weights, I am sure then are many, but she said weights provide an ongoing calorie burn of up to 80 extra calories per hour for the following 36 hours. I think I will research this more, stay tuned.

Saturday – I took Miss 3 to EnVie to have a go at my new weights program, she was in the kids area and I packed her a stack of stuff, put on a DVD, gave her a Galaxy Tab with all her games loaded on it (I swore I wouldn’t give her a gadget, bad mummy), also packed food and colouring pencils. Well she just was not in the mood to entertain herself. My new program consisted of 3 different weights or exercises for 1 muscle group and then doing each 3 times. It involved a bit of set up with bar bells and dumb bells and benches and all sorts of new stuff that I was not used to. I was a bit lost. Then with Miss Whingy Pants not coping well in the play area, I quit, my earlier good deed in the week had come back to bite me in the butt, she wanted me to go into the play area and exercise in there. She just didn’t get it. I got through about 2/3’s of my program and was in a suitable amount of pain. 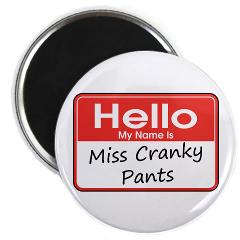 For some reason every little thing Miss 3 did for the rest of the day just pushed my buttons, I turned into cranky crying mummy. I would hear a song on the radio and cry. She would spill some food, I would yell, she would cry, we would cuddle and all was good for 5 mins and then something else would happen and we would go in a vicious circle, this went on for hours. Then we had to go to a kids’ party at a Play Centre, HELL, if you are in a bad headspace. I sat like a cranky pants just wishing it to be over, which was a shame because I really wanted to catch up with my friend whose daughters party it was. 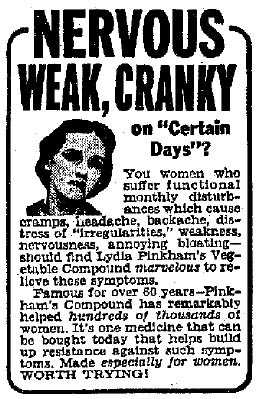 Best not to rule this out as a possible cause.

By the time hubby got home at about 6.30pm I was more of a basket case if that was possible, Miss 3 was put to bed at 7.30 and I enjoyed some Champagne, chocolate and dip, I hope the other parents out there will understand when I say “it was just 1 of those days”, please tell me this happens to everyone. There were comments on Facebook that suggested it was PMT, well since I have never suffered from it before (in my honest opinion) I don’t know much about it, time for more research, must prevent near death of a 3 year old at the hands of her mother.

Sunday – after a nice Breakfast with the Outlaws, Miss 3 fell asleep on the way home and I took off for a bike ride and swim. 2 hours of me time, something I clearly desperately needed if yesterday was any indication. My cycling was difficult on the way out super strong headwind, but I guessed that conditions will not always be perfect on race day and I must train in all conditions. Then I stopped at 1 of the local Ocean Pools to do a few laps of training before a short ride home. I was happy to get a bit of Tri training under my belt.

So with less than 2 weeks until my next Tri and 16 days until my big 40th birthday, I am beginning to wonder if I am ready.