This post has been in draft format for quite a while, mainly because I never had the photo’s I wanted to go with it.

So nearly 3 years ago I had a Lap Band or Gastric Band surgically put in to try and aid with weight loss.

What is Lap banding or Gastric Banding? It is a “Keyhole/Laparoscopic” surgical procedure which takes about 30-45 mins, it is fastened around the upper stomach to create a smaller pouch which restricts the amount of food that can be consumed. They also place a port on your abdominals to give access for adjustments. Adjustments are simply done in your Doctors surgery by inserting or removing fluid to restrict or allow less or more food. 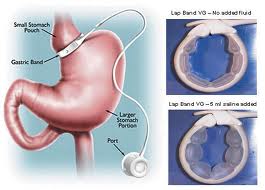 How much does “Lap Banding” cost? Well from memory it was about $16,000 full cost per person and about $5000-6000 out of pocket after our Health Fund (Top Cover) paid their part. I think Private Health Funds are becoming more aware of the fact, this type of Surgery is becoming more popular and changing their Cover so that only their Top Policy covers this. FYI at the time Hubby was with NIB and I was with NRMA (now Bupa). If you are considering it, contact your Private Health Insurer or if you don’t have one, then get 1, most from what I have heard require you to have the relevant cover for 12 months before the procedure. There are other surgical options, the sleeve or tube or gastric bypass and the temporary stomach balloon, so best to talk with a Gastric Banding specialist to see which 1, if any, are right for you.

To share my personal experience of Lap Banding, I have mixed emotions. 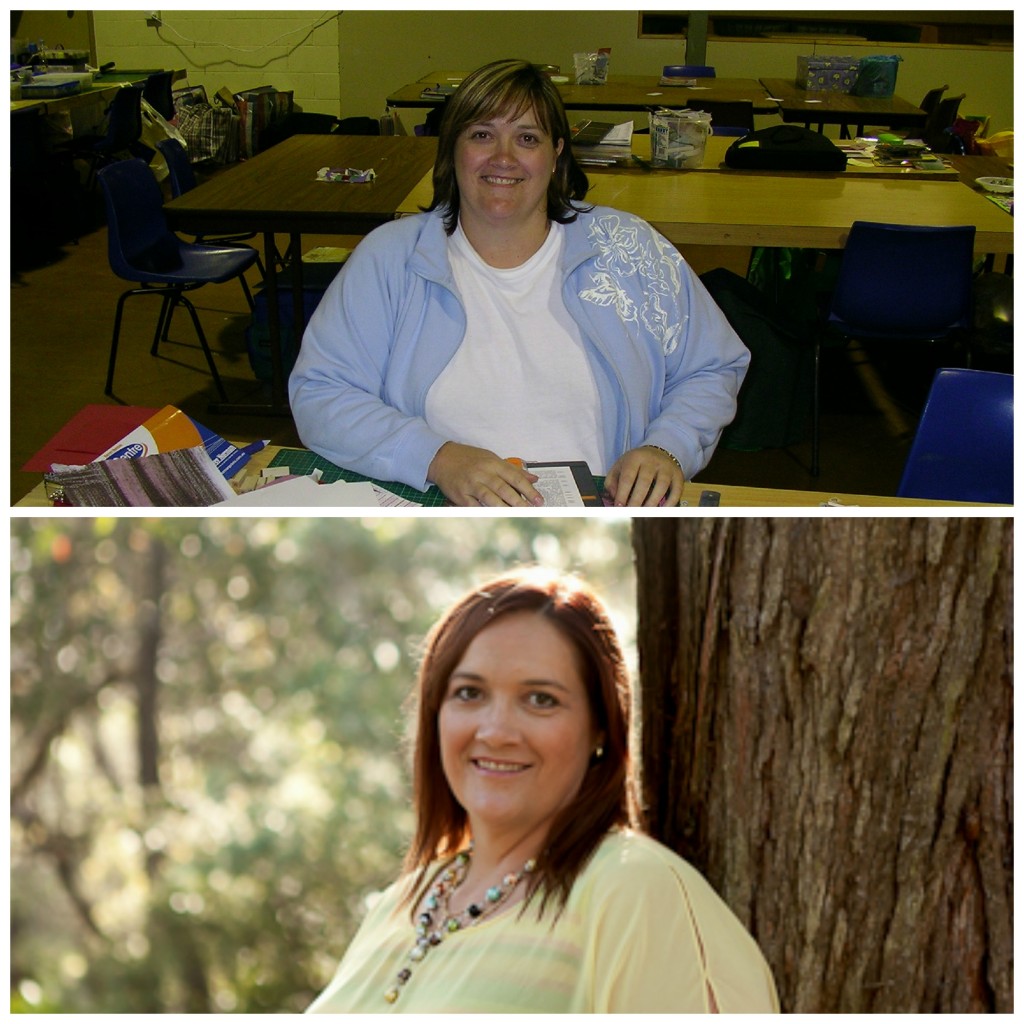 Top pic at 132kg (my heaviest excluding my pregnancy). Bottom pic at 107kg after a 25kg loss. Bottom photo by http://www.bethtahiriphotography.com.au/

On the positive side: I have lost 25kgs and feel great; because of that it has given me the energy I need to exercise more and not put so much stress on my body carrying around all that extra weight; it has shown me I don’t need to sit down to giant meals or 3 courses all the time; I have learnt to share food (despite what my husband may say); I have been able to wear nicer clothes and feel better about how I am looking; I like getting my picture taken, more than I used to; I love that I have much better agility and ability to play with my little dynamite daughter.

On the negative side: “Keyhole” surgery, left 5 scars, 4 small and 1 much larger than I expected (see picture); if you are not careful how and what you eat you can vomit (often), this can also lead to slipping of the band and require further surgical procedure to rectify or have the band removed; over-eating with the band can cause reflux. I have had all of the above happen to me, I over-ate just a little bit ie 1 mouthful, too often, ended up on reflux medication, vomited one too many times and my band has slipped. What I did to fix this was have all fluid removed from the band and the reflux was gone immediately and I am assessing having the corrective surgery. But for the moment I am trying to eat better without having fluid in, it still offers restriction without fluid. The other negative is that you can eat junk food easier than you can eat healthy food, lettuce, apples, steak, dry chicken breast are all more difficult to eat than chocolate, chips/crisps, chicken schnitzel, cheese and crackers. This absolutely differs by the individual, as hubby and I have different things we can eat without trouble. Another negative is I got to 50% of my weight loss and plateaued and have been there for over 2 years, fluctuating by 3-5kgs over that time. 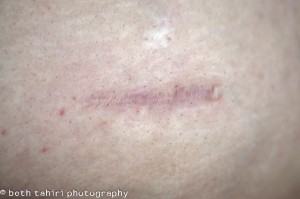 The scar on my left side about 8cm wide. It has gotten better over the years but it is still a big hole.

My Lap band doctor has said throughout the process that everyone going through the surgery should see a Psychologist, because as much as it is a weight-loss aid it still doesn’t fix the underlying problem that most patients have with food. Personally I think it should be compulsory.

In summary, I would do it again, YES, a 25kg loss is great and I haven’t been fitter in my adult life than I am now. But if you are considering it I would definitely look at some assistance from a Psychologist and/or dietician or other slow weight loss program and give it another go before going under the knife. I had tried a lot of options over the years and there will be an entire post about that at a later date.

To give you some idea on what I have been doing in recent years:

I had involved the services of Personal Trainer and have been seeing him since early 2006.

6 months prior to our Wedding which was in early 2008 my trainer and I had instigated a program called N.F.B. – “No Fat Bride”. My PT sessions were up to 4 days a week, involving cycling (most days) 15-20 minutes to see him and then doing around a 1 hour session and cycling home again. During this time my weight went from around 130kgs to 124kgs (not much of a loss really) for a 6 months of slogging it out. 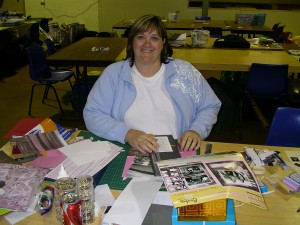 Here is me blossoming around the 130 kilo range.

As much as my trainer could help with my exercise and fitness, he could not control the “Kitchen”, my eating, take-away and dining out.

I have since found out we would have been considered a D.I.N.K “double income no kids”; this was the lifestyle that we were leading.

I love food, I love it to be tasty, I love entrees main and dessert, I don’t like to give up any 1 course, I love buffets (once at a buffet I ate 12 different pieces of dessert and bragged about it), we nearly always had 3 courses plus bread any time we went out, I would never choose from a low fat option (if there was one) and very rarely we might share a course. We would often dine out for breakfast, lunch and dinner on the weekends and a few times throughout the week. It has not been formally diagnosed but I would say I, like many others, have a “Food Addiction”, it is my drug of choice. All of this often washed down with copious amounts of alcohol.

I have learned recently (and probably knew before this, but didn’t want to believe it) that weight loss is approximately 70% food related and only 30% exercise related and it is so true, different things you read will say 80/20, 60/40 but the end result is food is key, exercise is an aid.

I continued to exercise and also continued to eat. Therefore the results were so slow and often non-existent. I didn’t know how to have balance in my life.

I have since realised and been diagnosed, by my husband, with severe F.O.M.O. “fear of missing out”, humorous but true, after he said those words to me I really really thought about my eating habits, I wanted to eat what I was having and what he was having, if someone said Ice cream, regardless of if I wanted it or not I would say yes of course I want Ice-cream, same goes for any other food, chips, chocolate, hamburgers etc etc etc the list goes on, massive cases of FOMO all the time. I also had “Food Envy” if someone else’s meal came out and it looked better than mine dare I say I was jealous. I would never share my food, and would secretly get offended if someone would ask for a bite and god help them if they took more than a taste. I am pretty sure I roared like an Ogre protecting his swamp. (Yes I have been watching too much Shrek lately)

So how have I made all of these revelations and got to where I am now?

Well I would say Lap-banding has helped immensely, you just can’t eat 3 courses, you can’t eat huge main meals, so I quickly learned that to avoid missing out and to enable my FOMO that hubby and I could share 3 courses and therefore have a taste of more meals. Bread, as much as I loved it, was the enemy, you were way too full too quickly, the same with chips/fries, you did not have to avoid at all costs but eat the good stuff first and have a couple of chips at the end, what I found was that I generally didn’t want the chips at the end, for 2 reasons, 1 that I was full from eating the good stuff and secondly the chips were cold and who wants to eat cold fries.

In hindsight and probably even now I should involve the services of a Psychologist to understand why I think like I do. It’s all in your H.E.A.D. “highly educated aid to dieting” just made that 1 up.