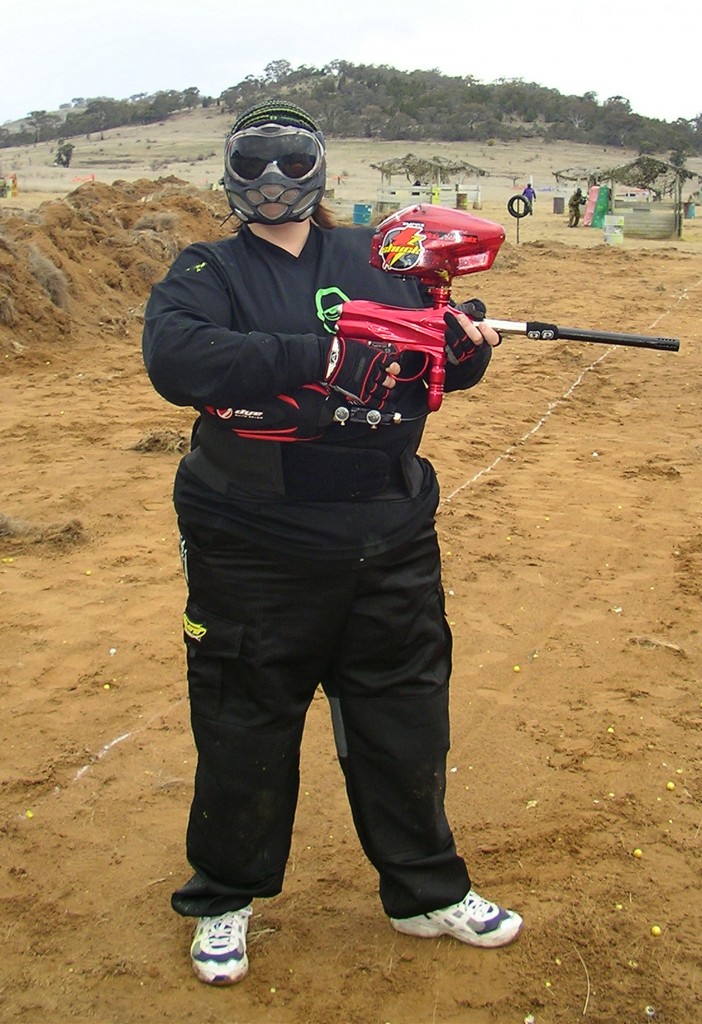 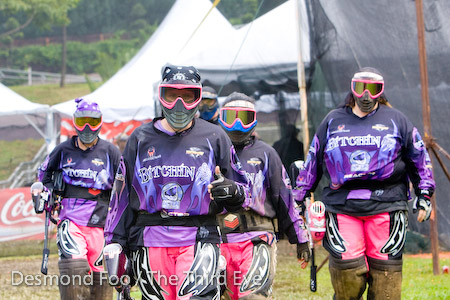 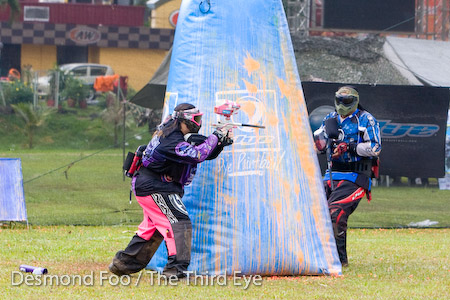 When I was verging on my heaviest I was playing competitive Paintball (there will be a whole story on that another time). The position I played didn’t involve a whole lot of running, but I wanted to be able to, so I embarked on the search for a Plus Size Sports Bra.

Finding a bra in my size (24DD) to begin with was a challenge in itself and I spent a lot of money on crap sports bras just because they came in my size. A miracle happened one day when I was watching Oprah (a rare thing for me to watch TV in the middle of the day) and she mentioned the Enell Bra. I knew I had to find out more, if Oprah wears them then I too should be sporting one myself. 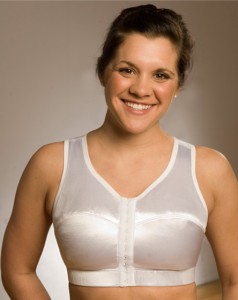 Front view.
This is not me nor my image, I borrowed it from www.enell.com

I madly googled and found out more, measured myself figured out my size and found a stockist in Australia and boom bam, cha ching I ordered one from online store Bella Forma. Once it arrived I was soooooo happy, this Bra had the most amazing support, nothing moved. They come in sizes that suit big cup sizes or big body sizes (I would say up to about a Australian size 28-30 or 52DD in bra sizes). You really need to check out the website to believe the way this Bra is designed and operates. It comes with a brief instruction leaflet as to how to put it on. 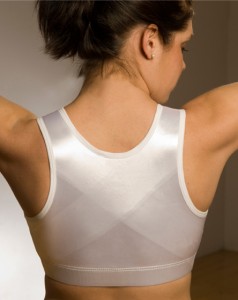 I have been a convert and preacher about the Enell Bra since that first day. Unlike the many other bra’s out there (sports or otherwise) the original Bra I purchased has lasted me over 7 years (still looks amazing) and only this week I put it in the “too big” pile and it still has many more miles left in it. A few years after buying the first I purchased one in a size smaller because I had lost a little bit of weight. During my love-in with Enell I was shown another brand of sports bra which I purchased only to be disappointed. Had I found this bra prior to the Enell I may have thought it was pretty good compared to the previous junk I had been wearing.

Since embarking on my Lapband Surgery and my current fitness regime I have lost more weight, and the need to buy a bra in a smaller size was imminent, Enell was my only consideration.

Because these Bras retail at $99 (still worth every penny), I hit good ‘ole google again to see if I could find them cheaper somewhere. I managed to find an Ebay store that sold brand new but Factory seconds of the Enell bra for around $38 each, the reason they are factory seconds is there are either some snags on the outer fabric OR the band that goes around your rib cage was manufactured 1 inch smaller than that size should be (read the description of each to see what the problem is). I don’t know about you but I have no problem with a little bit of snagging on a bra that nobody will see. So my 2 new bras arrived last week and I’m again loving really good boobie support and the flaws are very minimal, crazy really. The only disadvantage buying via Ebay is you may be limited by colour choice and they may not have your size straight away but be patient more sizes pop up every few weeks. 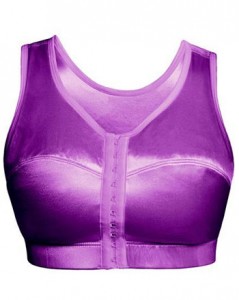 Or if you want the funkiest colours and your size straight away, find your nearest stockist off the Enell website.

I’m sure you will all do you own research but I have never regretted buying my Enell Sport bra.

* I was not paid nor given any product to write this post, it is purely my own experience, research and opinion.