By popular demand I have been asked to share this recipe that I fluked tonight, so rather than procrastinate I am putting fingers to keyboard so I don’t forget. 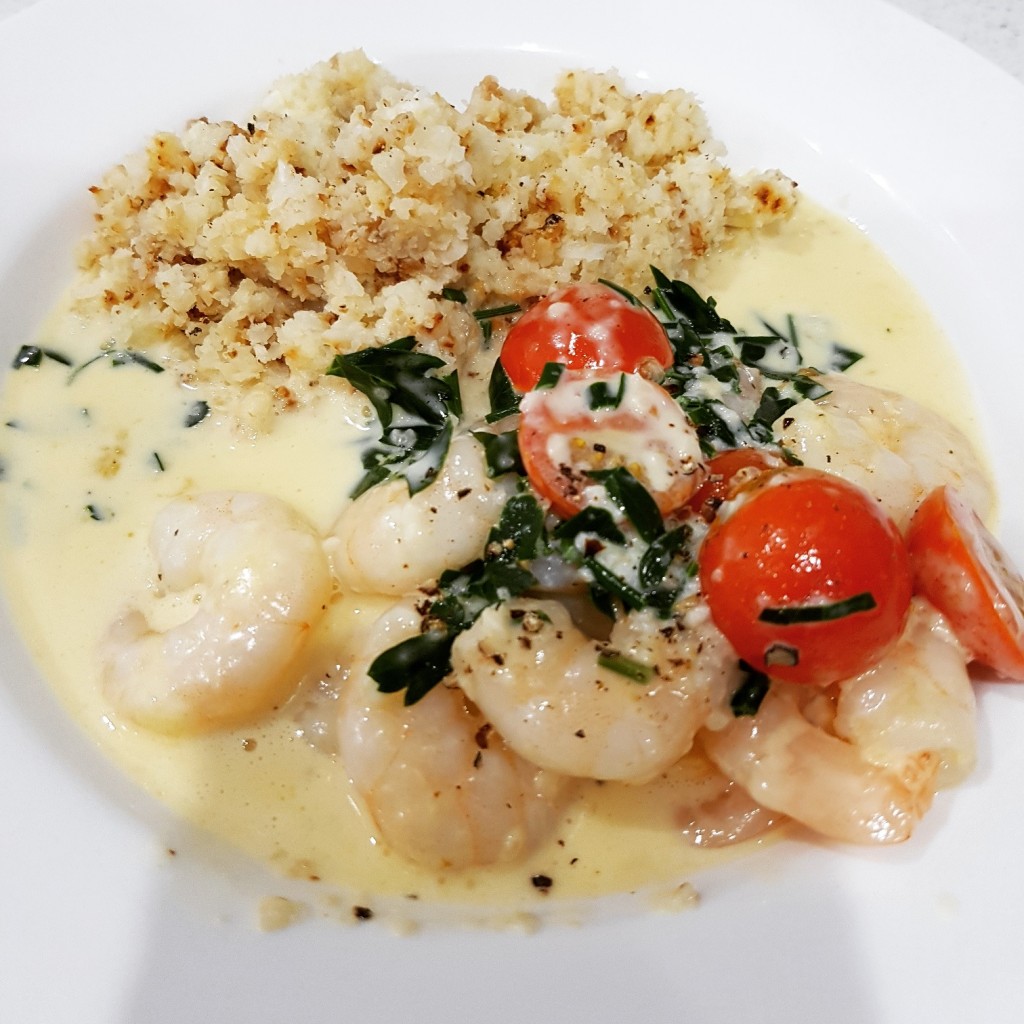 Midweek meals are a pain in the rear, nobody offers any suggestion as to what they want and even if the kids say 1 thing then they have been known to change their mind once it is on their plate. If I am disorganised or something seems too hard or time consuming, then bad things CAN happen. (Did someone say pizza?)

So in honour of improving my health and well being this concoction was created tonight.

Half a head of cauliflower
1-2 cloves of garlic (depending on your taste)
300g of fresh or frozen peeled green prawns
300ml of thickened cream
5 or 6 small tomatoes
Handful of whatever herbs you have on hand (preferably fresh) I used flat leaf parsley and chives.
Ghee or butter for cooking
Salt and pepper to taste

So before you ask, no my kids did not eat this, but I did serve up some cauliflower rice (aka magic fairy dust) and a few small amounts went in their mouths.

NOTE: you could add more if you wanted like, kale, baby spinach, shallots or onions it depends on what your eating plan or WOE looks like. 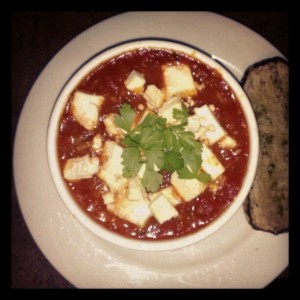 Also known as garlic prawns, this tasty, quick, simple and healthy recipe can be made mostly from items that you can store in your cupboard or freezer. It is a recipe that I recently discovered whilst doing a low-carb kick and have made it several times since. Be warned I am not a chef nor do I claim to be a good cook, so when I find something this delicious and easy I tend to rave on a bit and add it to my midweek “go-to” recipes.

Destructions (my version of instructions):
Set aside some herbs (before chopping) and a few chunks of feta for garnish if you want to get fancy.
Heat oil in a medium saucepan, add garlic and onion and heat until onion becomes clear.
Add tin of diced tomatoes, tomato paste, chili and herbs, heat all ingredients until it is bubbling about 5 mins.
Add prawns and feta bring back to boil then lower to a medium heat and stir occasionally until prawns are cooked, about another 5 mins.
Place into individual bowls, garnish with remaining feta and top with herbs.
Serves: 2

Nutritional Info per serve: (you will find this on most of my recipes as I can be slightly calorie/carb obsessed)
Note this does not include the bread
Calories 378
Carbs 16
Fat 12
Protein 40
Sugar 10
Sodium 739