So this week feels like I have gone backwards with my exercise. For some reason Monday morning I could not drag myself anywhere to do any form of exercise and Monday night was no better, I was however focused on food and preferred to stay in and cook a delicious (but healthy) dinner.

Tuesday I went to my first mums and bubs/kids outdoor class, it was down on the beach and Miss 2.75 did not want to stay with the carer but instead chose to hang off mummy for the first half hour. So whilst everyone else was running up and down the beach I was doing short sprints so I could stay near where she was and she was running behind me. Then I was doing squats holding her, it was not fun as she would not let me go 2 steps away from her without having a tantrum. I was determined to do as much as I could. So for the last 15 minutes of the class she eventually went off to build sandcastles with the carer and other kids and I managed to get away for the final run down the beach. Dare I say running on sand was HARD but satisfying and doing sit-ups, planks etc on sand I ended up looking like a schnitzel. The reward afterwards was a delicious Chai latte for me and baby milkshake for Miss 2.75.

Wednesday morning I woke up not feeling 100% but managed to get in a 14k bike ride before work.

Wednesday night I was still not feeling great but dragged myself to my PT for a bit of a row and some weights. He did take it easy on me compared to my training buddies. And this is where my exercise finished.

Thursday I woke up terribly stuffed up in the head, really sore throat like swallowing razor blades, blowing my nose constantly feeling pretty ordinary all round. I self-medicated and started taking an anti-biotic that the doc had prescribed a while back. The sore throat has gotten better but the runny nose is still annoying. Today I am feeling a little bit better and I am hoping that I will miraculously wake up in the morning, jumping out of my skin and feeling the desire to go for a run. 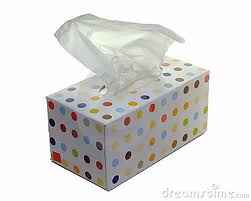 I have had a major improvement in my eating, sticking to an average of 1500-1600 calories per day for the entire week except today, I do allow myself a day off or preferably a meal as I can go overboard in a whole day. We went to Yum Cha today for Fathers Day lunch.

Next week’s goal, keep up the food tracking and increase the exercise.